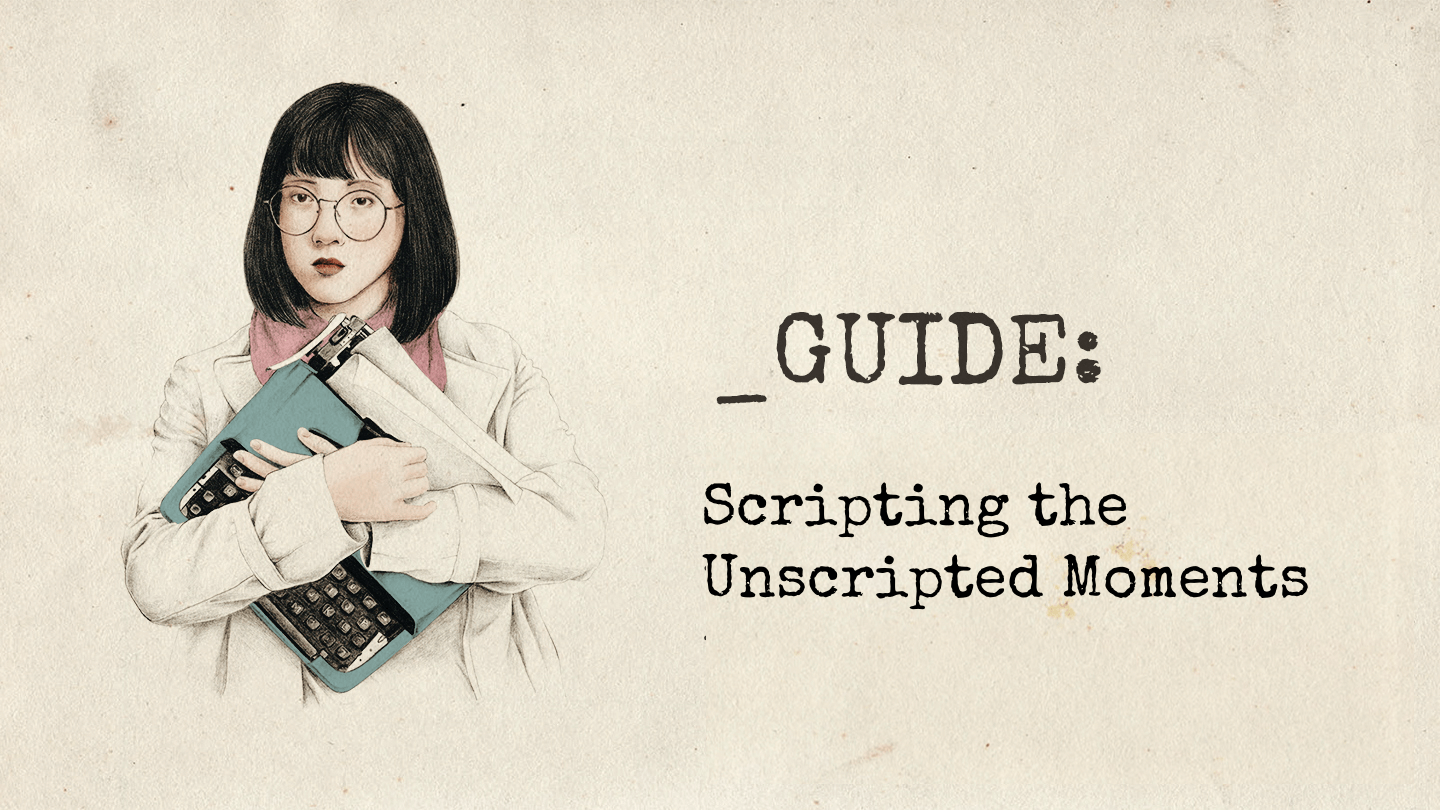 Sometimes, as a writer, you might feel this pressure to be a kind of writer who just writes gold. Hit after hit. Every word is amazing, every plot point is unexpected, every ending is mindblowing.

That’s okay though. The pressure is good. It helps you stay fluid. It keeps you from becoming stale. It keeps you in check, basically.

Here’s the next level of that thought: what do you do when you want to capture “life” into your story?

Let me elaborate on that. When I say “life”, I mean the unscripted story you live every day. Would you agree that life itself is pretty unorganized… dare I say… even “boring”... from a writing standpoint?

I’ve written about life not really being in a proper ‘this happened then that happened’ sort of narrative structure, even if sometimes we try to make it like one. You can read about that here.

That’s primarily a good thing too. If our life felt too “scripted”, we’d probably sense some sort of divine or AI-simulated intervention.

One of the things that attracts people to becoming storytellers is the notion of turning the unconnected-ness of life and fictionalizing it, or at the very least turning it into a shortened and cohesive narrative like a documentary, for thought and/or entertainment.

However, here’s a problem that some of us (I’m including me in this, you can jump in too if you can relate) experience when we write: how do I write a truly “life-like” moment? One where something truly unexpected or unimaginable happens with no correlation to the events that have taken place in the story so far?

I don’t know who said this, but I really liked it:

If you’re stuck while writing a story, change the weather.

That’s a very simple example of how you can make a story “life-like” and somehow script something unscripted. Don’t know what your characters should say next? Make it rain, that’ll give them something to talk about. Or change their plans a bit at least.

Now let’s go with something that really, really feels unscripted.

Think of the last time something that happened in your life which made you go “you can’t even make this up”.

We use the concept of “chance” a lot in stories. The next time you watch a movie, look for scenes where it is purely coincidental that the primary characters are in the same place at the same time. It happens a lot, especially in rom-coms.

But here’s where the problem begins: as you will probably agree, most of everyday life is repetitive. Nothing extraordinary or truly unexpected happens that often. Those moments are seldom and far between. So when writers started scripting life, they realized that they would need to add a couple unplanned things in each story. Things such as an accident, a pregnancy, a death in the family, an extra-marital affair, a murder. In many lives, people end up experiencing one or two of these over the course of their entire existence. But in stories, you could do two to all of these things within the course of two hours.

My point is, television (and soap operas specifically) normalized the idea of “unexpected” moments in ordinary lives. To such an extent that people are relieved when writers don’t do the “obvious” twists and turns such as pregnancies or accidents.

So, our challenge as storytellers gets more challenging:

How do you write a scene or moment that feels truly unscripted and natural?

Well, since there are no other writers in this room with me as I type this, I’ll answer this question I just asked.

First, you start with a simple plot. Why? Well, if you’re going to keep questioning things this won’t be fun.

I recommend having a simple plot because almost everything in life is a simple plot. Also, the less complicated your plot is, the more room there is for spontaneity. Also, if you’re too focused on following your detailed plot that you had figured out before you even started writing the scenes, you won’t be able to try out tangents through character work.

Second, let the dialogue drive the story. I’ve often started a story where I only know what the “facts” are - which means I only know the synopsis and event timeline. Everything else in my story happens through dialogue. Dialogue is how I create and understand my characters. And once I know what they are like, I let them take over and start talking about things that they would say, not things that I would say.

Many, many times when we’re writing a particular story, we get too engrossed in it. If you’re trying to write life, you need to let life in. Make characters say things that don’t really drive the plot. Make scenes happen in places your characters can be “real” in. Focus on the message of the story, but then let the people in the story arrive at the message themselves.

Having said all that, here’s my final suggestion for how you can find some natural moments in your stories.

Fourth, don’t write like a writer. You know what I’m talking about. You need to write your story without making it feel like a person wrote this. Audiences can feel it when you write at them, instead of talking to them.

Write your story like you would plan your day - have a general idea for where you’re going to go, but then when something interesting happens or you run into a person or a situation, let it happen. You don’t write the dialogue for the people who you meet in real life, do you? Treat your story like it is real, like everyone in it is real, like everything happening in it is real. Then have your characters respond to what happens like real people would.

You can make a moment feel unscripted if you treat it like it was happening in real life, and then responding to the moment, in the moment.

Anyway, that’s my two cents on that stuff.

In case you’re wondering why I wanted to talk about this today… well, I’ve been re-writing some old stories this week for something new that I’m working on. More on that on this week’s episode of Storytalking With Lakshya.

Until then, happy storytelling.