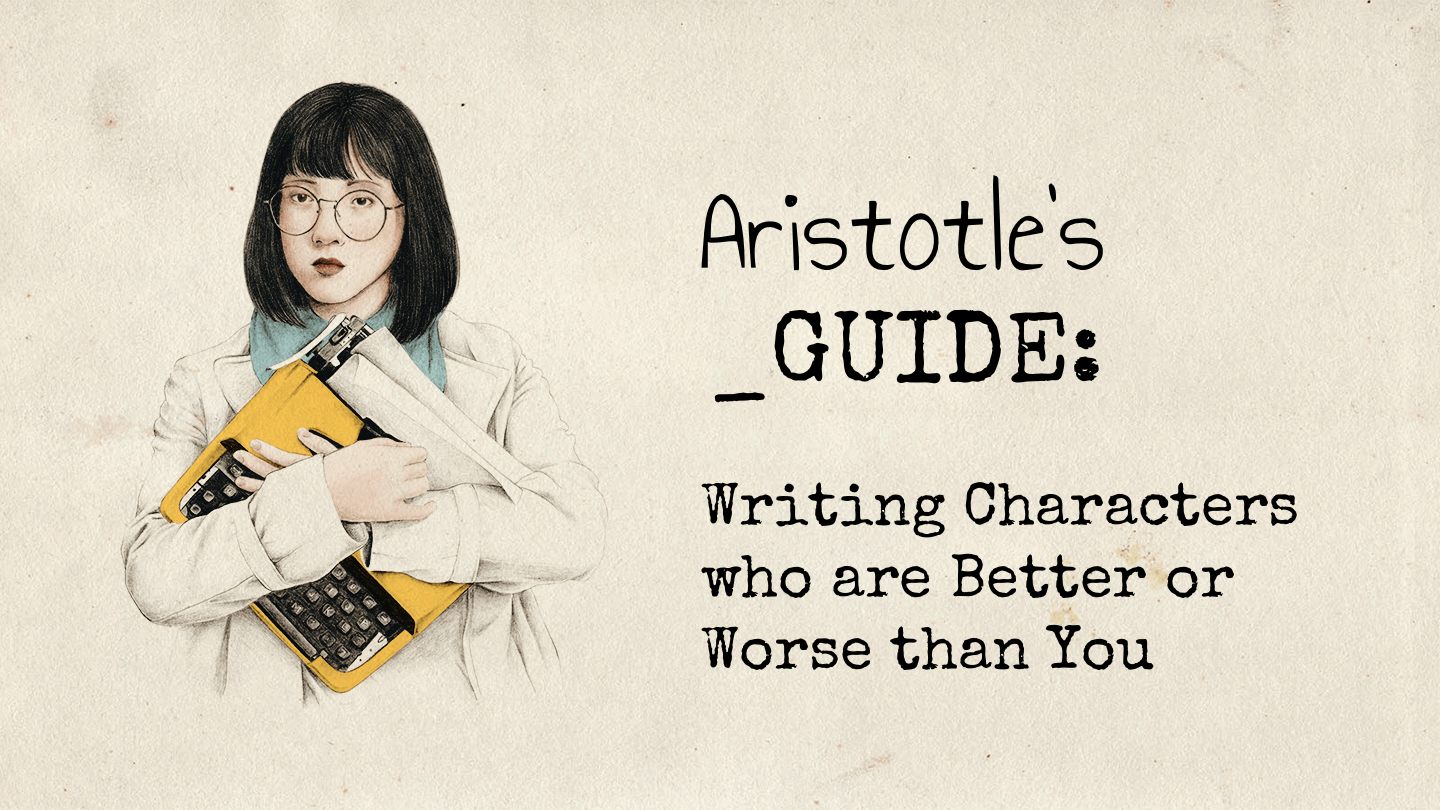 Writing Characters who are Better or Worse than You

This guide is part of an ongoing series I’ve entitled “Aristotle’s Guide”, where each new guide will discuss a chapter from Poetics by Aristotle - considered to be the greatest guidelines ever written about storytelling and drama.

This guide explores the lessons of chapter 2 from the book.

You can read the last one here.

I’ve covered in the last one (also known as the first one) of this series that Aristotle was a pretty clever guy when it came to dissecting storytelling. So let’s get on with the lessons he’s given us in this chapter. I’ll quote two things he said, and then break it down with examples.

“...we must represent men either as better than in real life, or as worse, or as they are.”

Aristotle here is talking about character creation in storytelling, specifically, the protagonist.

Since all stories are meant to be “imitations” of real life, when we create a main character in the story, we must choose “who” that character is based on characteristics, morality, and social status.

Let’s say, for example, that you want to tell a story that is a satire on romantic relationships in contemporary times. Your lead character (man or woman) will be someone who has to undergo a journey through start to finish - point A to point B. So, what choices do you have for their journey?

Option 1: Your point A can be that s/he is a cynical person when it comes to love, and then point B can be they become more hopeful. Or vice versa.

Get the general idea there?

So let’s put Aristotle’s theory into play here. He claims here that in order for the character to be a “good story”, you’ll have to either show them to be someone who is much worse than people would be in real life, or much nicer, or exactly the same.

“That character is so sweet/kind/naive/helpful/romantic. People aren’t like that in real life.”

“That character is so real. Good but flawed. Mean but well-meaning. Full of contradictions. That’s so realistic.”

I’ve definitely said all three sentences before while watching a story unfold.

So why is Aristotle right about this thing about creating characters?

It helps you tell a story that engages the audience.

If the point of your story is to show how a good person can become a bad person, you have to start and end with the extreme versions of good and bad.

The TV series Breaking Bad is a prime example of this. The protagonist Walter White starts off in episode one as a chemistry teacher who was a “good person” but still caught bad luck and misfortune. And the writers showed you the extreme of his bad luck by giving him cancer.

So what does he do over the next couple years? Becomes a super evil drug lord who no longer has cancer, and dies at his own terms.

That show also displays what Aristotle said about people being “better” or “worse” than they are in real life. Walter White was both.

Think of action movies. Bollywood or Hollywood. The main character is always larger than life, “too good to be true”, and often is able to survive the most dangerous and deadly situations. Why? Because an action hero almost always needs to be indestructible - so that when you watch him beat 100 bad guys (any Salman movie) or stop a helicopter with his bare hands (Captain America in Civil War), you as the audience enjoy it more because that’s not something you’ll ever see in real life.

Too-Good characters inspire us to be better, nicer, heroic people.

Too-Bad characters tell us that we’re not so bad.

“... for Comedy aims at representing men as worse, Tragedy as better than in actual life.”

Think of any Comedy movie or TV show you’ve seen in recent times. Isn’t every joke in it at the expense of another character? And don’t they almost always show that whoever played the joke was “just kidding”. Jokes and comedies are written as things you would say or do, or want to say or do, if you could, if you didn’t have to worry about the consequences. That thing you hoped you could say to your friend or family member or stranger on the subway - but don’t - that’s what you put into your comedy script. And then say it’s fictional!

As for Tragedy, or “drama”, the goal there is to tell a story is powerful and emotional. And in order to do so, your characters need to go through hell. And sadly, it is better for your story if the character you create to go through the “tragedy” is a better-than-real-life good person, so that their journey is powerful and inspiring.

I’ll share a personal anecdote here. Almost always, I don’t necessarily write characters who I consider to be “better” than real people - I just write them to be better than me.

Why? Because I write to get answers to questions. And when I want an answer to a question, I want it to come from someone who is smarter than me. I want these people I write to inspire me. So that’s why I write characters who are better than me. Because to be honest, as smart or nice as I may think I am, these fictional characters are just more consistent at being so than I am.

So that’s that for chapter 2 of Poetics. To sum it all up so far…

All fictional stories are “imitations” of reality. And all characters in your story will either be better, worse, or as is compared to people in real life. Which one you go with depends entirely on the kind of story you want to tell.

I’ll see you in the next guide where I’ll share the lesson from chapter 3.

Until then, keep telling stories.